Obesity is a global problem and a health threat to developing and developed countries as its prevalence is rising. It is estimated that more than 1 billion people are overweight with 300 million meeting the criteria for obesity. Twenty six percent of non-pregnant women ages 20-39 are overweight and 29% are obese. 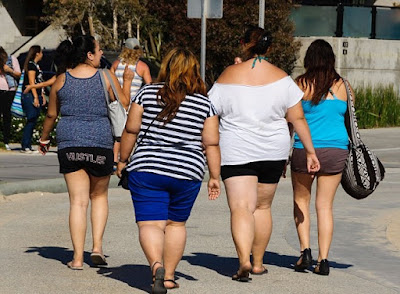 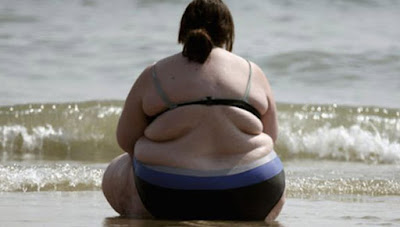 ﻿
An increased risk of Diabetes Mellitus (DM) was seen in women with BMI values > 24 and a waist-to-hip ratio > 0.76. The risk increases with the degree and duration of being overweight or obese and with a more central or visceral distribution of fat. Increased central fat enhances the degree of insulin resistance and increased risk of metabolic syndrome (DM and cardiovascular syndrome).
Compared to normal population, women with a BMI > 35 have an increased risk 2.7 times for developing coronary artery diseases and 5.4 times for hypertension.
More than 31% of obese adults have arthritis compared with only 16% of non-obese adults. Obesity at age of 23 increases the risk of low back pain onset for women within 10 years. Studies showed that women with a diagnosis of knee osteoarthritis (OA) have an average BMI that is 24% higher than women without OA. An estimated 69% of knee replacements in middle-aged women have been attributable to obesity.
Obesity is frequently associated with menstrual problems. About 30-47% of overweight and obese women have irregular menses. Obesity affects fertility throughout a woman’s life. Abdominal obesity is associated with an increase in circulating insulin level, hormonal imbalance and menstrual cycle abnormalities which result in anovulatory cycles (no egg production) and subfertility. Some studies demonstrate increased female sexual dysfunction in obese patients whether caused by the physical or psychological impacts of obesity on female sexuality. 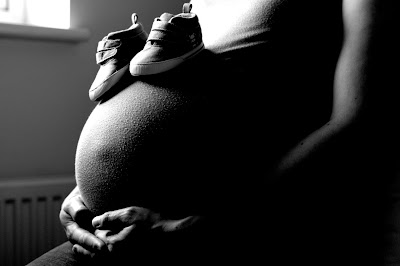 An Australian study found that 34% of pregnant women were overweight, obese or extremely obese. Prepregnancy obesity contributes to development of pregnancy complications including pregnancy-induced hypertension, pre-eclampsia, gestational diabetes, Caesarean section and congenital fetal abnormalities neonatal death.
Maternal obesity is associated with a decreased intention to breastfeed, decreased initiation of breast-feeding and decreased duration of breast-feeding. Obese women are at greater risk of a delay in milk production due to lower hormone (prolactin) responses to suckling in the first week compared to normal-weight women. 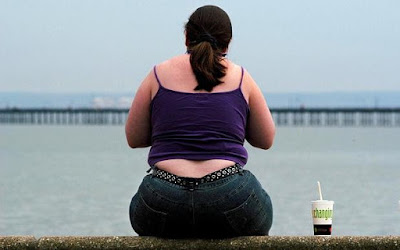 There are a lot of evidence that obesity is a risk factor for developing gynaecologic and breast cancers. Endometrial cancer (lining tissue of the uterus) is strongly related to obesity. Obese women have 2-5 times increased risk of developing endometrial cancer compared to normal-weight women. This is mainly due to hormonal imbalance, irregular scanty menses result in an endometrium is chronically exposed to oestrogen. This causes cancerous changes in the endometrium. Obesity increases risk of breast cancer for postmenopausal women with poorer outcomes – more aggressive diseases, a higher likelihood of delayed detection and treatment failure. 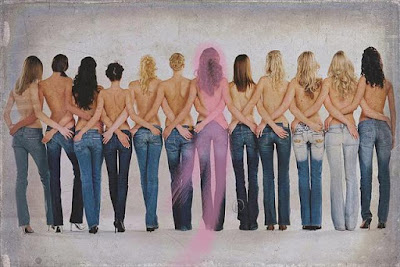 Evidence from studies on body weight and ovarian cancer has been inconsistent and showed no correlation between obesity and ovarian cancer. However obese women are at an increased risk of complications from ovarian cancer surgeries like infection, bleeding, organ injuries and venous thrombosis. Studies shows increased incidence and mortality from cervical cancer among obese women. It could be due to decreased screening compliance among obese women, because of embarrassment or discomfort.
Importance of weight loss for risk reduction measurement
Weight loss is the most important measures to reduce health risk for obese women. Combined management with dietitians, endocrinologists, bariatric surgeons and gynaecologists may produce desirable results. Patients must be motivated throughout the weight loss programme. 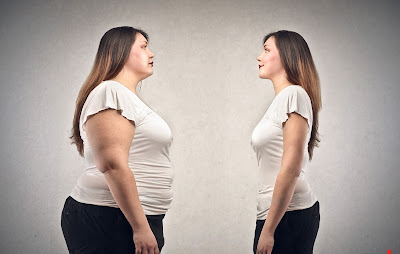 Weight loss surgery can be considered if conservative measures fail. Researches show that bariatric surgery resulted in complete resolution of diabetes in 78% of patients and improvement in diabetic control more than 86% of patients. This surgery also improved lipidaemia in 70% of patients, 62% resolved hypertension and 62% improved hypertension. In these researches, 72-80% of patients are women.
A reduction 10 % of body weight may regulate menses, increased ovulation and fertility rate for obese women. Weight-loss intervention (mainly diet and exercise) is the best initial management of infertile overweight and obese women.
Weight loss especially after obesity surgery reduces risk of endometrial cancer but no significant impacts on reduction in incidence of breast, cervical and ovarian cancers. 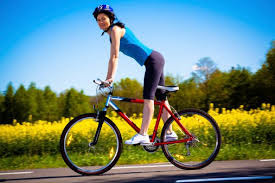 Conclusion
Obesity becomes more prevalent worldwide and has significant bad effects on women’s health. Women should be counselled on negative consequences of obesity and importance of controlling weight or achieving ideal body weight to prevent medical and health problems.
﻿
Posted by kl gynaecologist at 19:07

Email us for an appoinment / enquiry